Yes, I’ve battled a Coke “addiction” a couple times. Just when I think I have it beat, a couple years later it worms its way back into my life. No, this Coke isn’t that white, powdery stuff. This Coke comes in a can, and my particular “drug” of choice is Cherry Coke Zero.

Do you ever wonder why soft drinks and processed foods have such power over us? Are we just weak? Or are our bodies simply outmaneuvered by slick Big Food companies? An interesting 60 Minutes episode entitled “The Flavorists: Tweaking Tastes and Creating Cravings” sheds some light on the subject. If you haven’t seen it, you should definitely check it on the CBS YouTube channel.

It’s no surprise that processed foods and beverages are designed and engineered to taste good. But as you listen to Morley Safer interview several employees of Givaudan, the world’s largest flavoring and fragrance manufacturer, you quickly realize that’s delicious is not the only goal of Big Food companies.  Here’s a brief part of their conversation as they talk about the creation of fruit flavorings:

Givaudan [Dawn Streich]: In our fruit flavors we’re talking about, we want a burst in the beginning. And maybe a finish that doesn’t linger too much so that you want more of it.

Givaudan [Hassel]: And you don’t want a long linger, because you’re not going to eat more of it if it lingers.

60 Minutes [Morley Safer]: And then have more. But that suggests something else?

Givaudan [Streich]: Or something that they want to go back for again and again.

Pretty scary conversation if you ask me. Do the flavorings that Givaudan concoct make our food addictive? I don’t know. But I am confidant that whether it’s artificial or natural flavors they’re creating, companies like Givaudan are contributing to the obesity epidemic by helping Big Food companies manufacture processed food and beverages that we crave and “go back for again and again.”

Beyond the consequences of eating food you just can’t resist, what’s so bad about processed food? Well, as I explained in my blog post “All Food is NOT Created Equal”, flavorings are just one of the ingredients in the processed food pantry. Fats, salt, and sugars are all layered on top of cheap, nutrition-poor ingredients to give the appearance and taste of real food. Over time our bodies eat more and get less nutrition, creating a downward health spiral that can be disastrous.

So what’s the solution? You guessed it … eat less processed food and beverages. By making simple changes to your diet and replacing the boxes, cans, and bottles of pre-made food and drinks with real food and water, you can make noticeable improvements to your health.

And what about my addiction? Well, over Thanksgiving I decided to go “cold turkey”–no more Coke Zero. Thanks to plenty of distractions during my vacation, it really wasn’t that hard to quit. But when I returned to work and fell back in my daily routine, those cravings were pretty loud. Thankfully I stayed strong and didn’t cave, but it can be difficult.

In case you’re also trying to break a soda habit, here are some tips I suggest:

Are there processed foods are beverages that you just can’t beat? Or have you vanquished some processed food gremlins from your diet and want to share how you did it. Please share your thoughts and comments below. I know we all have something to learn from each other.

This post was originally published on November 30, 2011 and reposted on November 30, 2012. As of that reposted date I’m happy to say I’ve been completely soft drink free for over a year now. I can honestly say I don’t even crave it now, but those first couple weeks were a challenge. So if you’re still “addicted,” do something for yourself and kick the habit using the tips I suggested above. And if you have a friend or family member that’s addicted, share this post with them and help them make a simple step towards a healthier life.

Category: Food
Disclosure: Posts may contain affiliate links. If you purchase a product through an affiliate link, your cost will be the same but our blog will automatically receive a small commission. Always know that we only recommend products or services we use personally and believe will add value to our readers. Thank you! Your support is greatly appreciated and helps us spread our message!

Commenting Policy: Following the advice of a popular blogger, I'm running my blog conversation like it's my living room. Just so you know, I won’t tolerate bad behavior in my living room, and I won’t tolerate it on here. Be respectful, don't be rude, and for goodness sakes, don't post spam or self-promotional comments. For the full lowdown on how we're managing our online community, check out our Commenting Policy. Thanks in advance for adding to the conversation!

80 thoughts on “Confessions of a Former Coke “Addict””

End the confusion! Learn what's really in your food and take simple steps toward eating healthier with the help of my FREE eBook—The Ultimate Clean Eating Guide. It's all about progress not perfection!

There's only one way to get it—by subscribing to my free email newsletter. 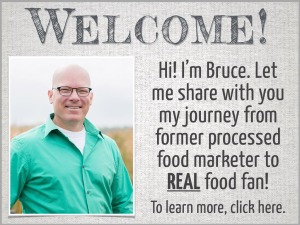 FAT PROFIT$ is a suspense-filled thriller set in the heart of the processed food industry. Click the image below to learn more!